A reliable private cheat for the PlayerUnknown's Battlegrounds game from a reliable SOFT HUB development team. In their arsenal there are many high-quality programs for various popular shooters. A reliable anti-cheat bypass that has proven itself in other projects. The software included two necessary functions, which allows you to freely defeat enemies. Such as WH, aka WallHack - will show the skeletons of your enemies, highlight the state of their health. Also, in the cheat there is a highlight of the loot. But please note that after the update in the game, this function is updated with a delay. AimBot from which no one, even the fastest enemy, can hide. Adjustable to the cheater's playing style.

System requirements of the SOFT HUB cheat for the game PUBG

Cheat version: External [Superimposed on top, not visible in screenshots and OBS]

Important point! The cheat requires a USB flash drive. The cheat is transferred to it and launched from it. If there is no physical one, then you can use a virtual USB flash drive - OSFMount.

Added anti-screenshot, after starting the rink, take a screenshot of the game, make sure that the cheat is not visible on the screenshot! If you have a black screen or a cheat is visible, contact support to solve this problem, the screenshot must be clean, otherwise you will be banned. 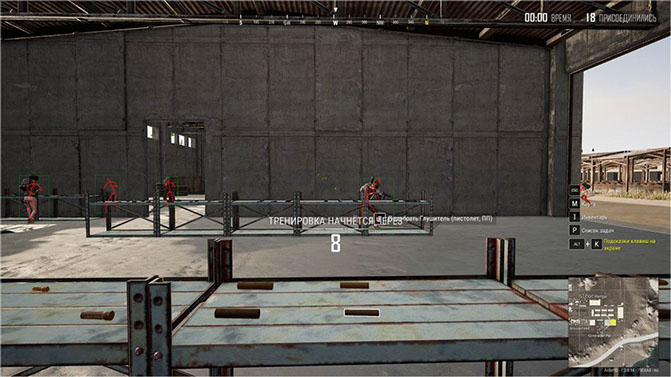 After payment, you will receive detailed instructions for activating, launching and using the program. Which will be sent to you by mail, specified before payment.

There you can also find a download link and the necessary components for the program to work.

In any game with any cheat, you can get your account blocked. Play as carefully as possible.

© 2022 PUBGhack.ru - Copying and distribution of the material is prohibited. Email for complaints: [email protected]